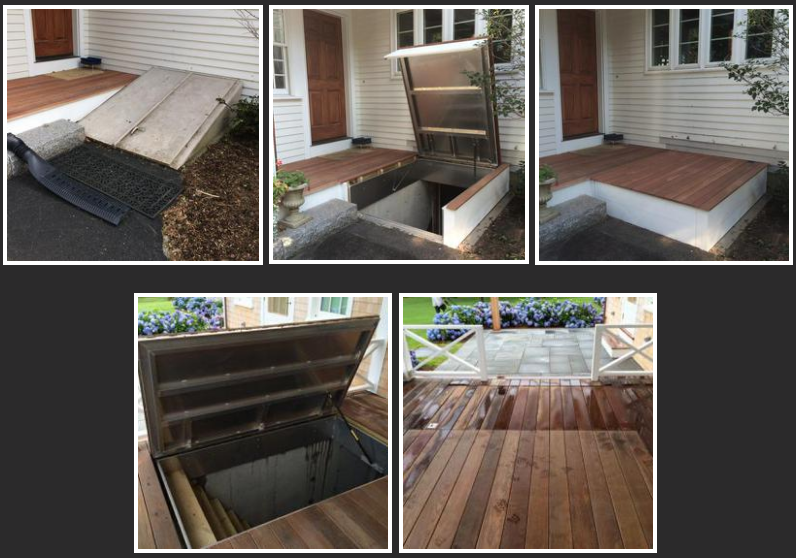 Yesterday we presented a custom deck trap door that allowed access to an external cellar basement door. That set us on a journey to see what other options there were for the same function. We found this company, LuciGold, that makes hatches for this specific purpose.... 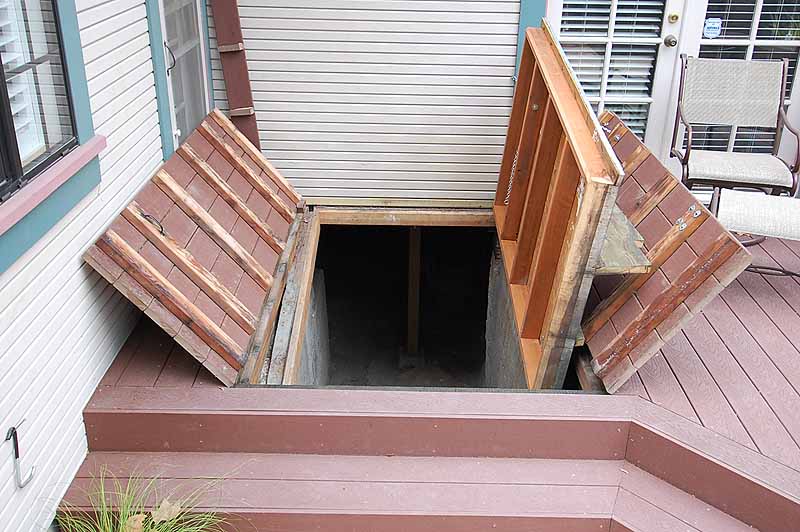 Sometimes hidden passages are created out of necessity for a functional space. Userjb2411 on ContractorTalk.com was hired to build a backyard deck. The deck was going to be at door level and cover over the exterior doors the basement cellar. To retain access to the...

This individual found a bookcase door in his basement that opened up into a secret room. 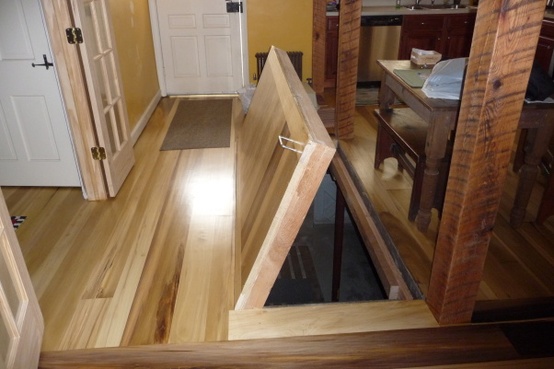 Secret Trapdoor in Floor to Basement

This trapdoor featured on Roomzaar conceals a secret entrance to the basement.

This bank vault door is located in the basement of an apartment building in Memphis, TN.
« Older Entries