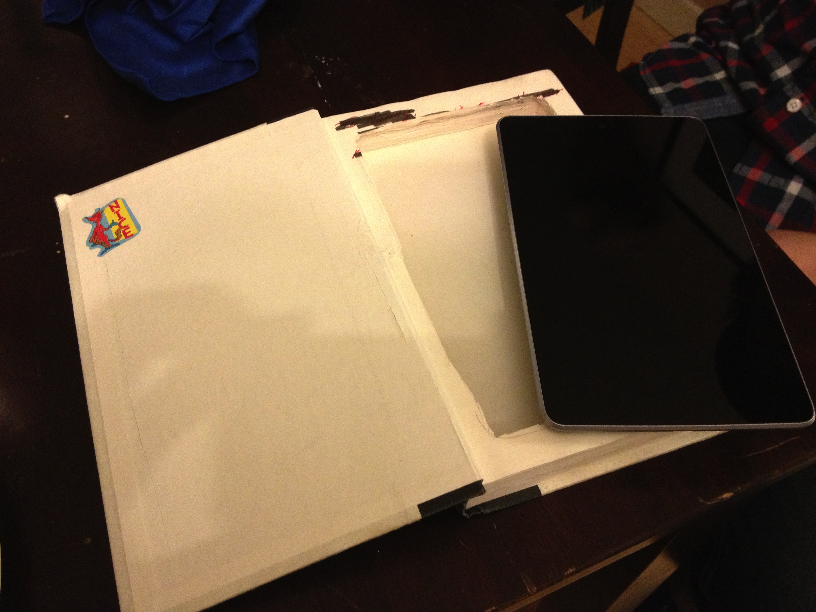 A friend of mine brought his Nexus over to the house in this homemade hollow book case. He said it took a couple hours to complete and works nicely. He made the cuts from the rear of the book, so they gradually get smaller toward the front. If he were to do it again,... 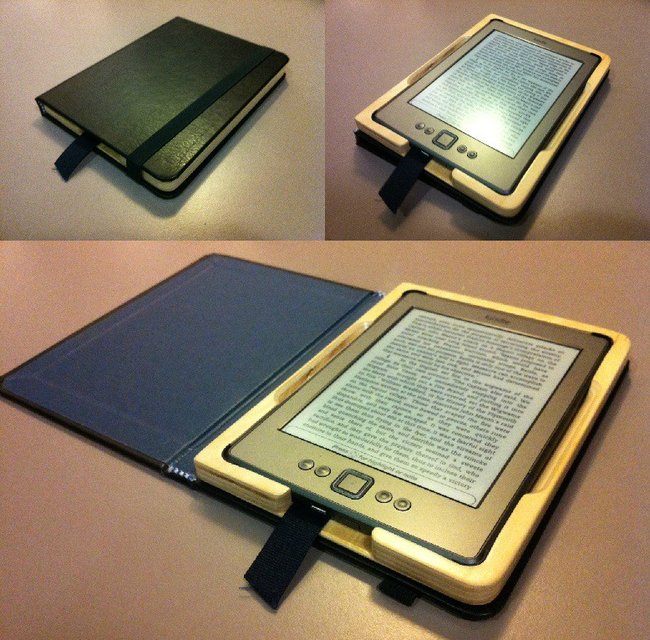 Pad and Quill handmakes this fake book case for Kindles out of wood and leather. They also make similar cases for iPad, iPhone and iPods.

This secret wall safe from ConsoleVault includes a magnetic cover that can be painted to match your wall color. This can work well in low traffic areas, utility closets, garages, etc.