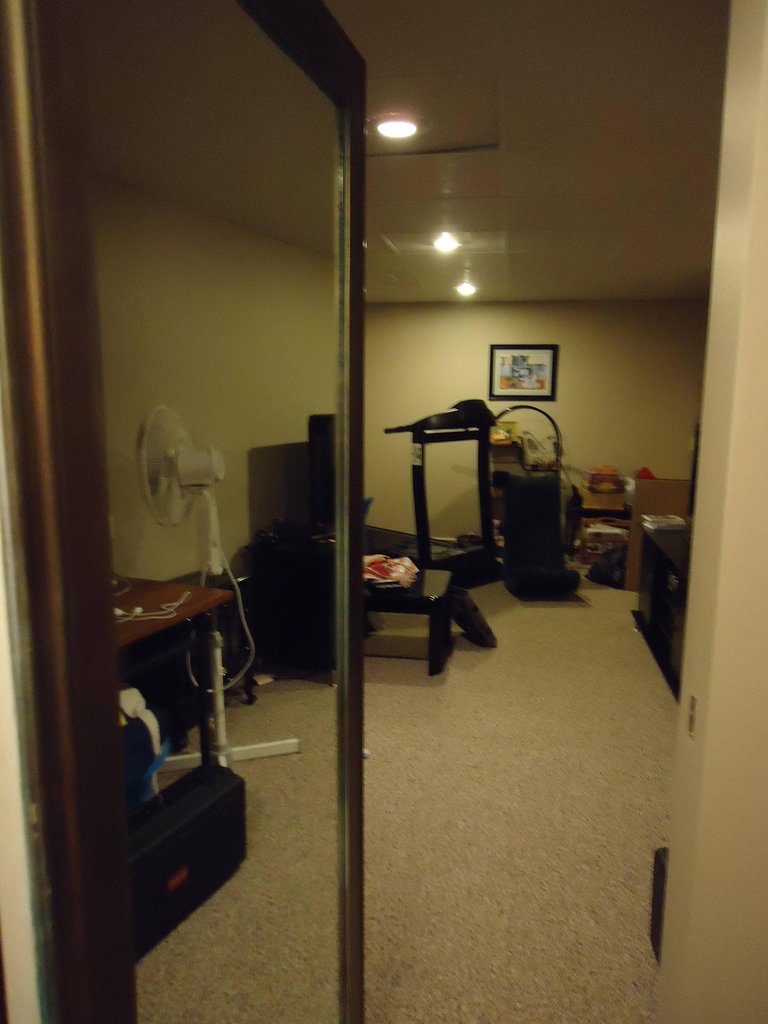 A user on Reddit posted this secret door that was installed in their house when they purchased it. You push up on the clock, and the mirror swings in to reveal a secret room. 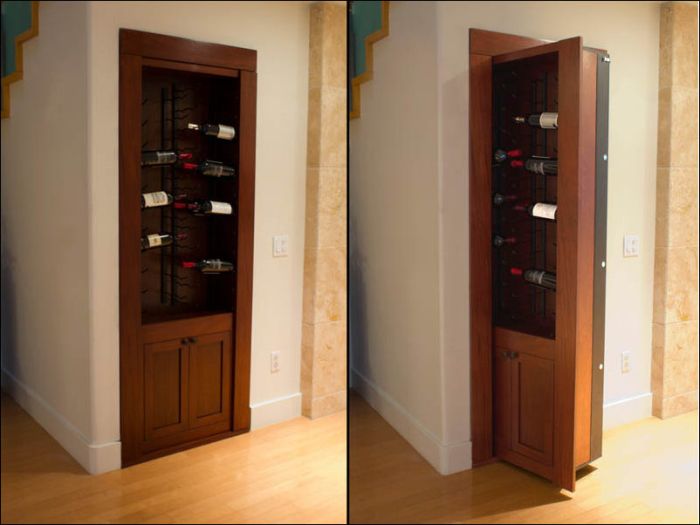 This wine rack, featured on Odd Stuff Magazine, pivots open to reveal an entrance to a secret room. 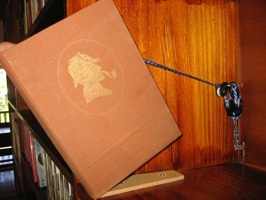 Simon Shea created his first secret bookcase door using this Sherlock Homlmes book as latch. Pulling back on the book releases the door, allowing it to pivot open and reveal a secret room. 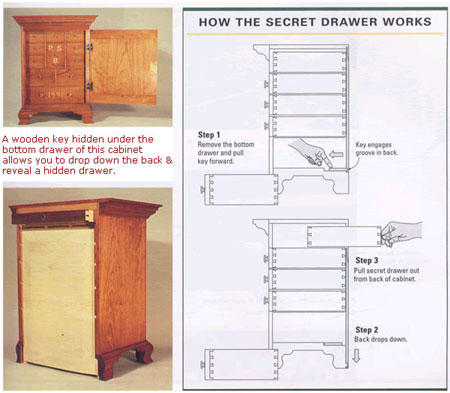 Secret Drawer in Rear of Dresser

This dresser is custom crafted to include a secret drawer in the rear. The drawer is completely covered by the back panel, and can only be accessed after a latch is pulled to allow the back panel to drop. This latch is located behind the bottom drawer.