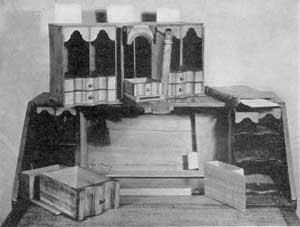 In the November 1939 issue of American Collector magazine, there was an article regarding antique furniture and the secret hiding spots built within. Safety deposit boxes, mutual funds, ETF’s and even checking accounts are relatively new inventions. In the 19th century and before, people relied upon stashing items in their house, be it important documents, silver, gold, jewelry, or hard currency.

Here’s the article in it’s entirety with additional pictures: