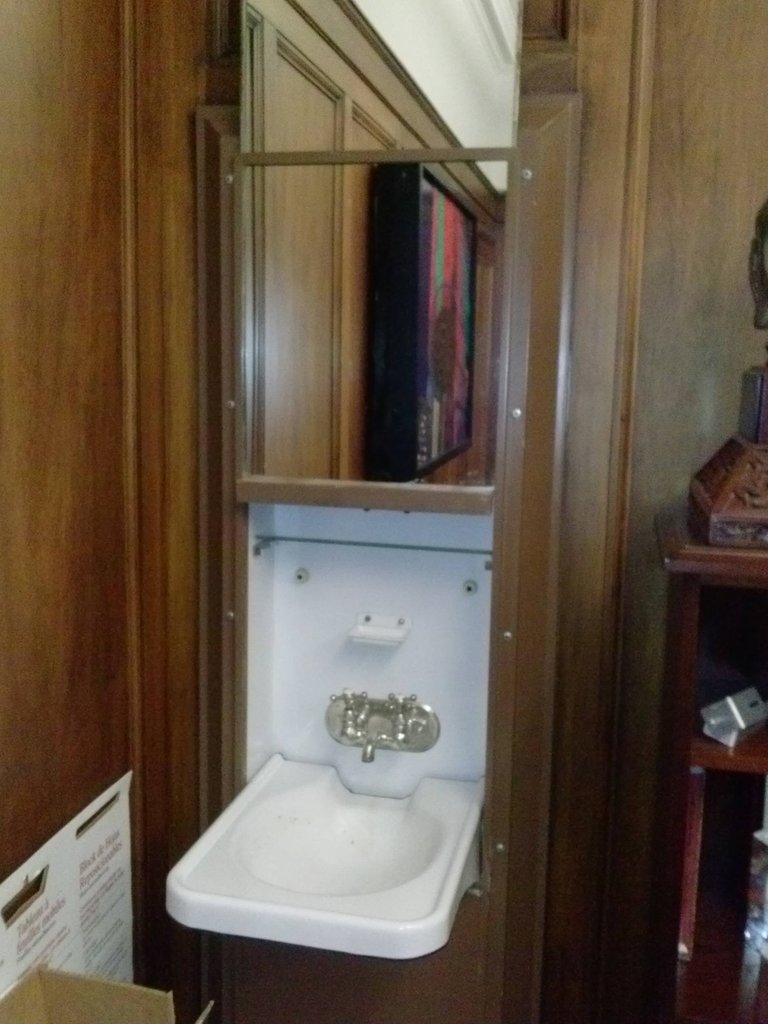 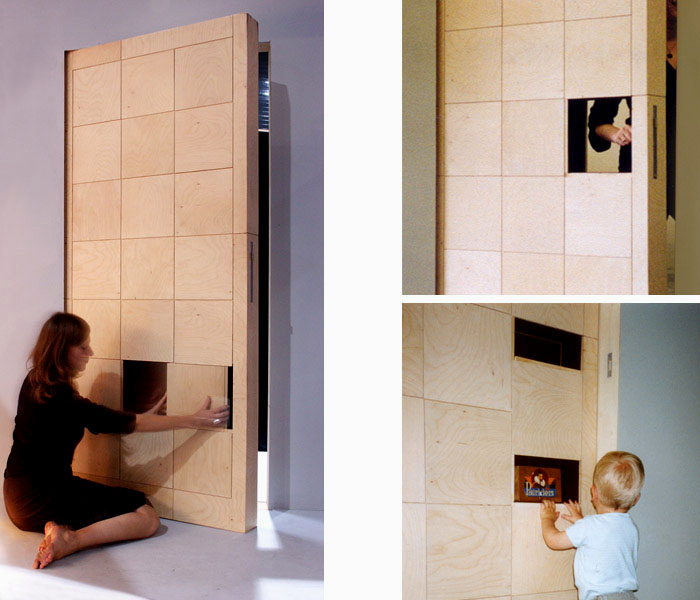 The Shuffle Play Door featured on DesignBoom includes panels that can be slid up down and sideways to reveal the door handled, secret compartments, or create a window through both sides.

ReadyGunBox makes concealed in-wall gun compartments, like this custom one hidden behind a sliding heater vent. 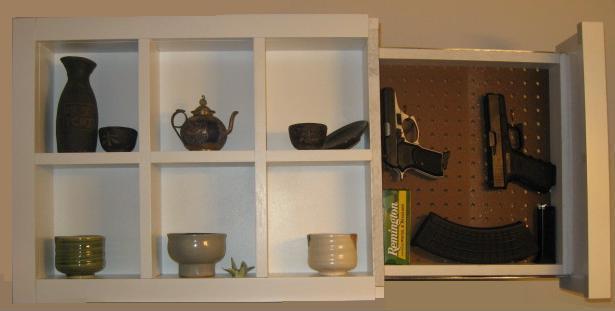 This shadow box advertised on OLX includes a secret sliding compartment behind for storing guns and valuables. 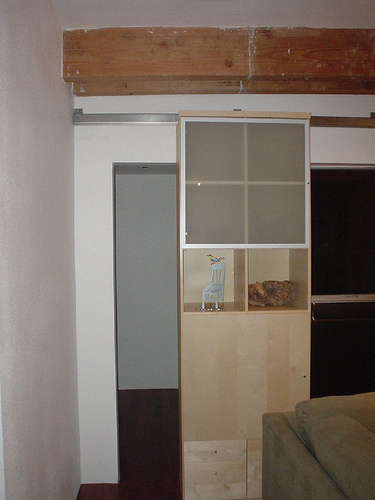 IKEA Hacker featured this project using a Bonde bookcase. Nicole added 4 castors to the bottom and a sliding rail at top, along with reinforcing the cabinet, to create a sliding bookcase door for a half bath. This isn’t completely secret since the rail is fully...
« Older Entries